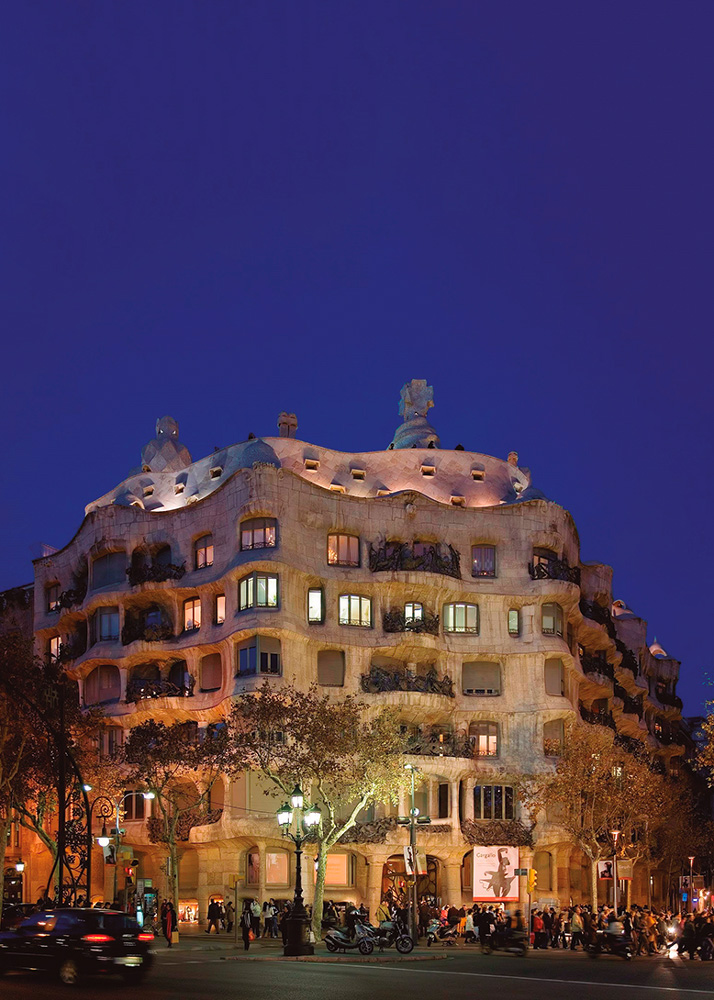 On the centennial Caixa Catalunya, former owner of the building, decides to renovate the exhibition spaces and the works housed in the Espai Gaudí. This interpretation center, which covers the life and works of the architect, occupies one of the most suggestive places of the Gaudinian architecture: the attic of the Pedrera, formed by a spectacular succession of century old arcs.

The exhibition project has a twofold purpose. It strengthens the main features of the original work and it organizes the movement of visitors in an environment that had not been intended for housing a museum.
Glass cases, stands and video projections satisfy a common criteria for simplicity to minimize volumes and textures. Footage of Gaudí’s buildings is projected on sanded glass screens. All of the elements appear as isolated units that never interfere with the arcs. 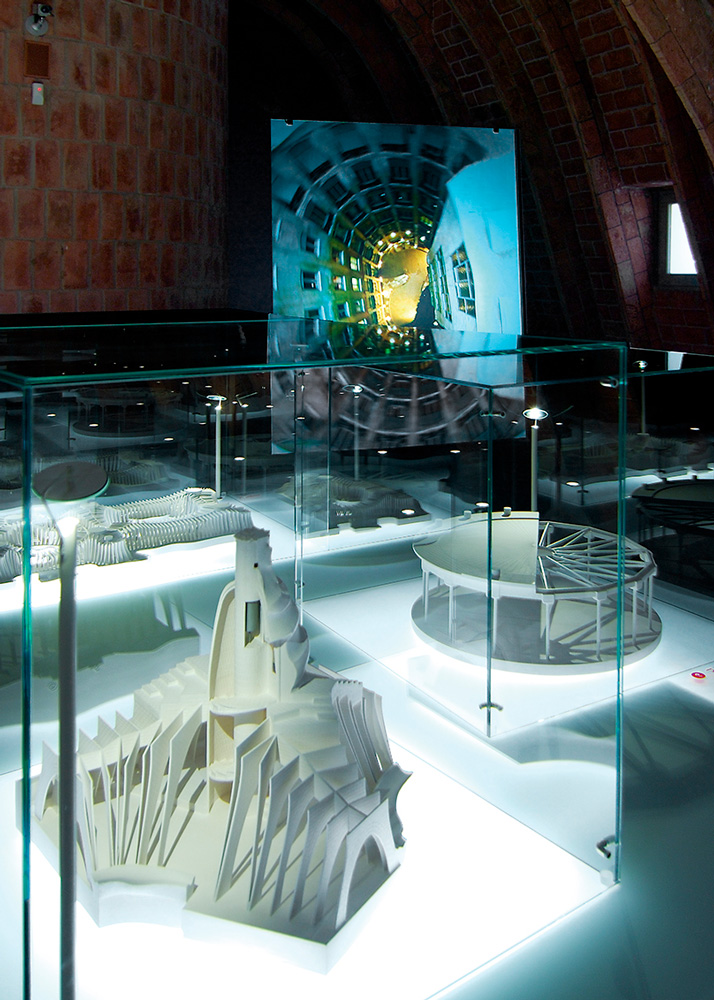