Dialogue between the city and its most vital components 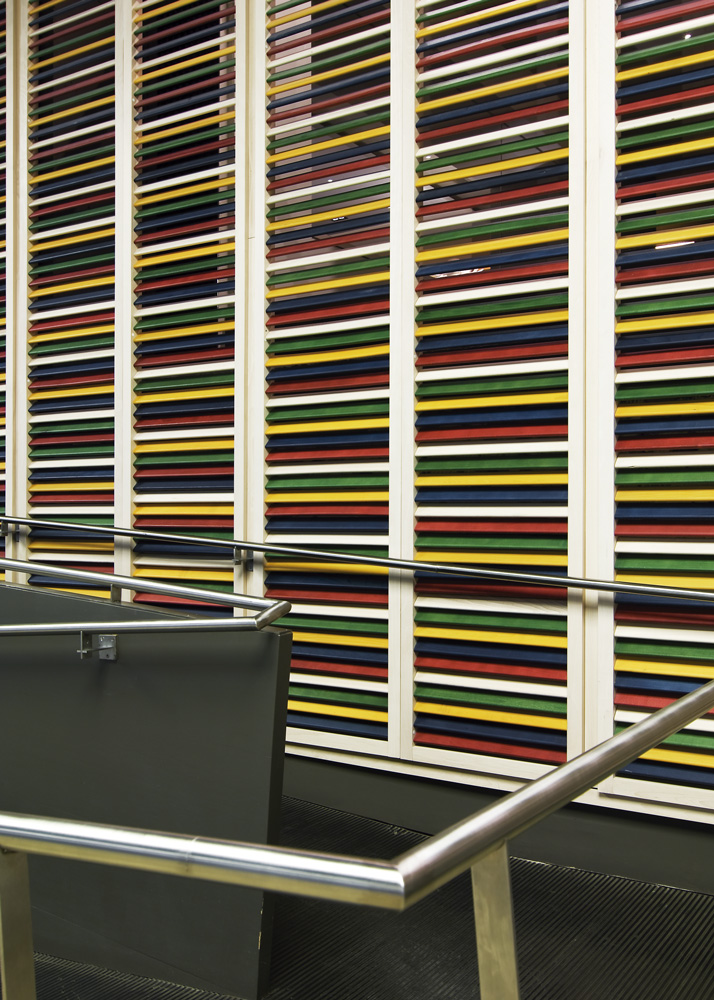 Lagranja designs two new spaces for the Barcelona Activa headquarters. These two projects are aimed at creating a space of development and dialogue between the city and its most vital components. Both emerge from the restructuring of an existing building, with a new volumetric and functional vision. The Centro de Iniciativa Emprendedora – an incubator for young companies – is laid out like a small “city” in which the different areas and functions (front desk, training and orientationrooms, meeting rooms, classrooms, auditorium and offices) are rapidly identifiable thanks to a precise formal typology. The Barcelona Business Corner is designed to introduce the city to foreign investors. project proposes a covering based on modular colored wooden slats; its design was inspired by the shutters of buildings in Barcelona and its purpose is to formally unify the space and give it a distinctive character. 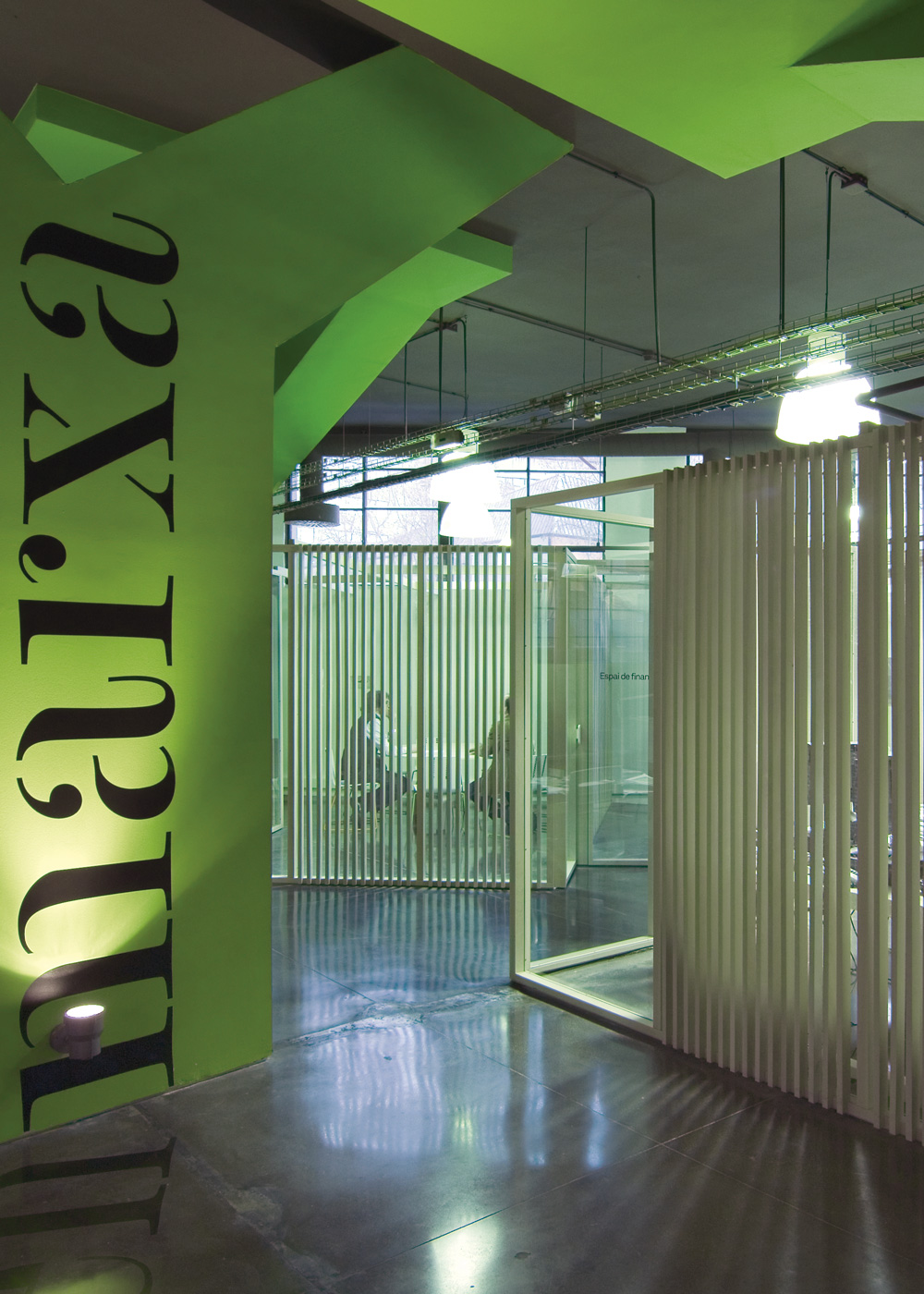 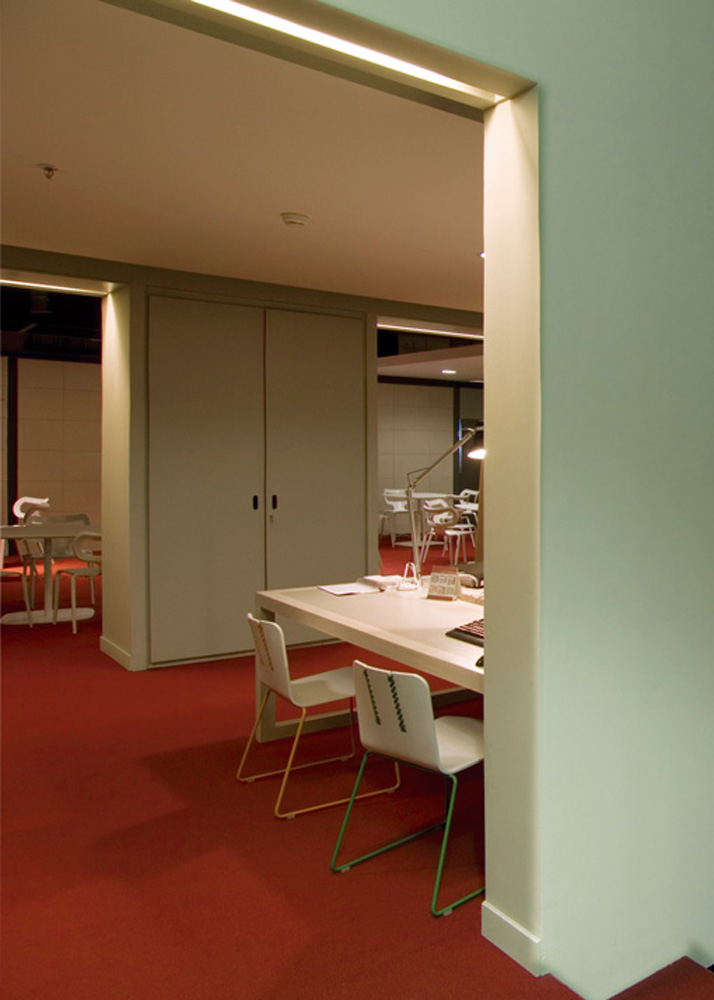