The 56th International Tournament of Tennis in Barcelona 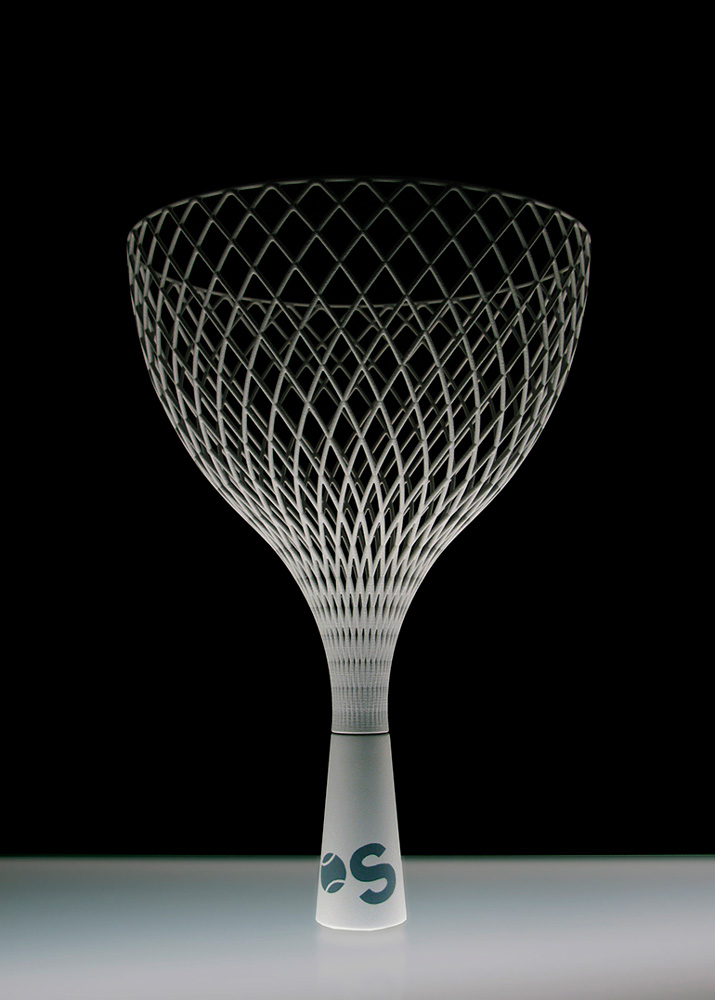 The trophy that was awarded to the winner of the 56th International Tournament of Tennis in Barcelona, the Sabadell Atlántico Open, was not the typical metal cup of classic forms that abound in the champions’ display cabinets.
Their silhouettes always match in shape and concept and often even the winners cannot tell apart. Banco Sabadell commissioned Lagranja with the realization of a trophy that can be considered a symbol and paradigm of this noble sport.
It originated from the tools of the discipline – the racket, its forms and its technological materials – a trophy whose cup, a dematerialized icon, turns into a weaved carbon fiber net.